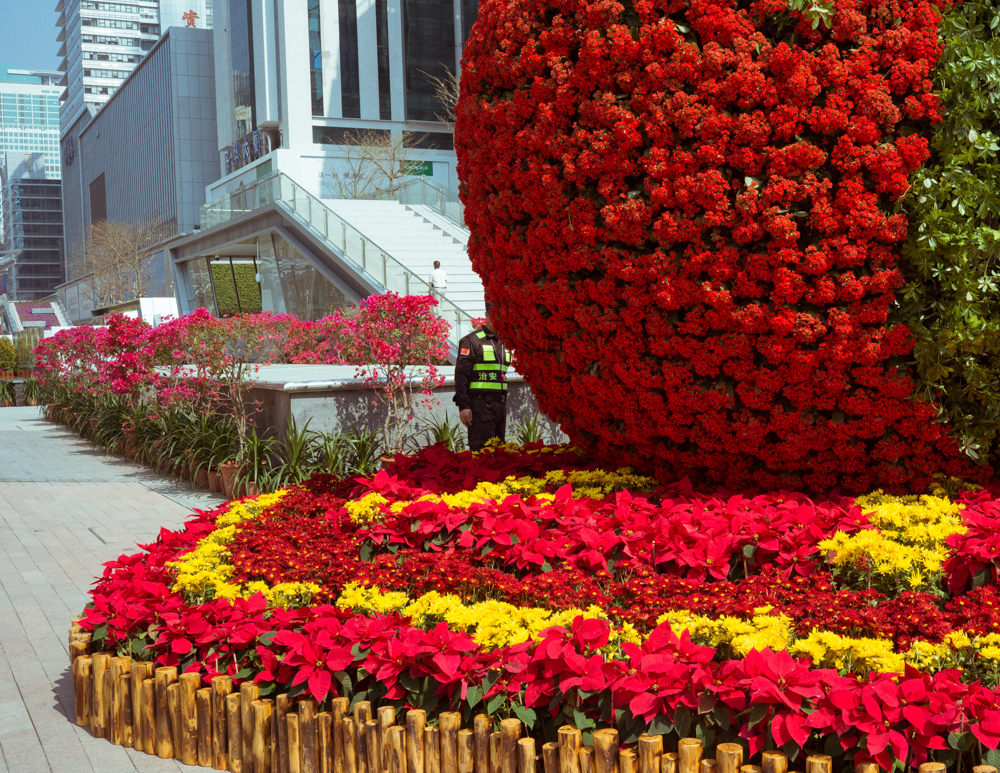 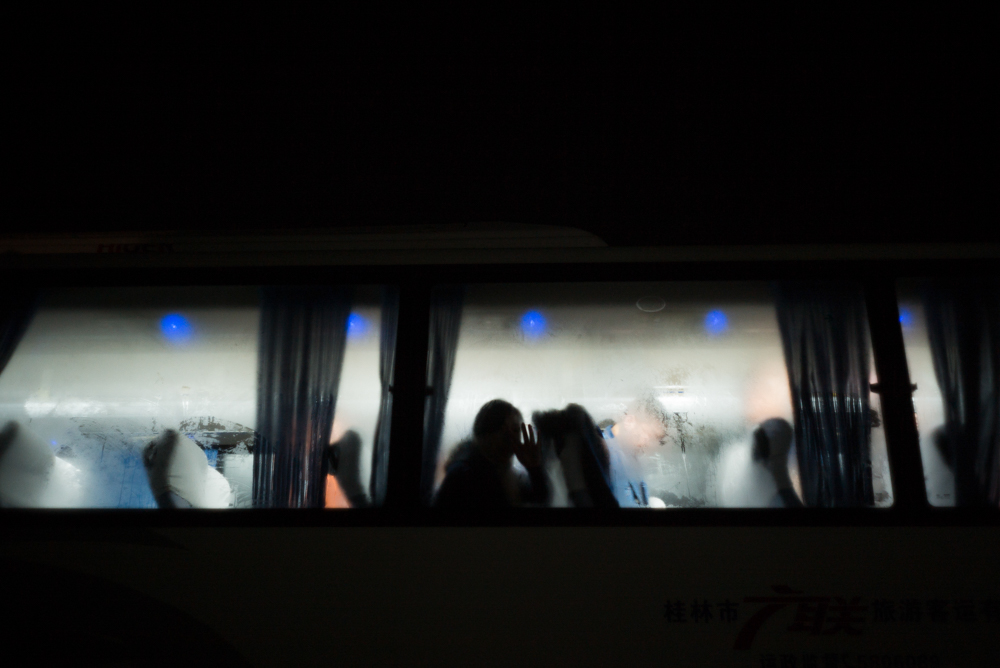 Please tell us a little about you and your background with photography.

I was born in Canada, my parents immigrated here from Serbia about 40 years ago. I’m actually from a smaller city outside of Toronto. I lived in Toronto for ten years and just moved back to my hometown.

As a child I would always look through my parents photo albums. I was fascinated with the texture of the instant photographs, the ink, the colors, the rounded edges of the photos, and how dated everything looked. But I didn’t really discover it until I was in high school. I originally wanted to be a cartoonist and had an idea to take photos of my drawings to upload and share online. My friend surprised me with an Olympus point and shoot and, well, it just grew from there. I forgot about my cartoons. Although, looking back at my parents’ old family albums, I always had an affinity with taking photos, but didn’t pursue it until much later on. When I was little, I took photos of the Simpsons on TV, or my nephew crying while reaching for my camera and I remember thinking as a kid, “I like how in the moment this is.” Or, “I’ll be glad I took this one day.” I still have those thoughts when I take pictures.

You have more than one series with night photography, what draws you to night shoots?

I go through phases where I fear taking photos in front of people on the street, and then where I don’t care at all. Although it feels like I fear people more often. Night brought comfort in that way. I don’t have to worry about others, and it’s easier to hide. From there I’ve grown to love the cinematic and lonely feel that night brings. 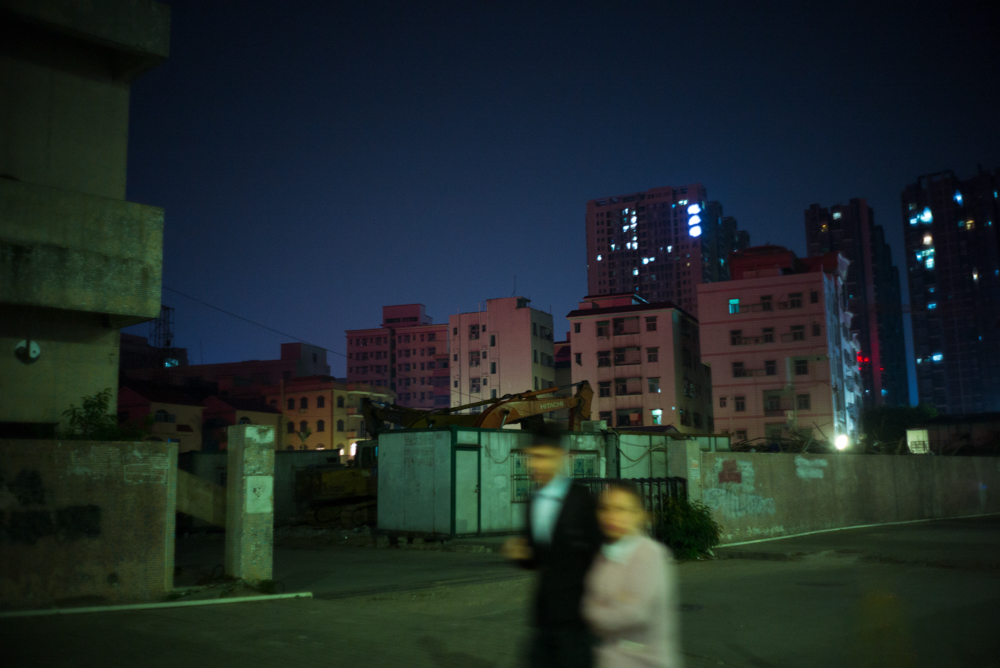 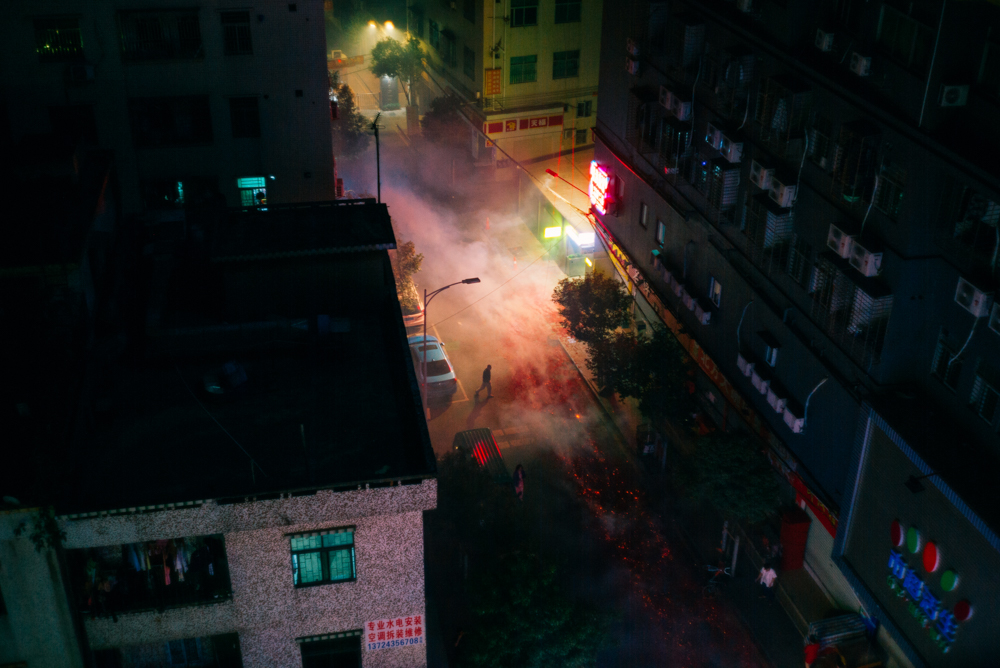 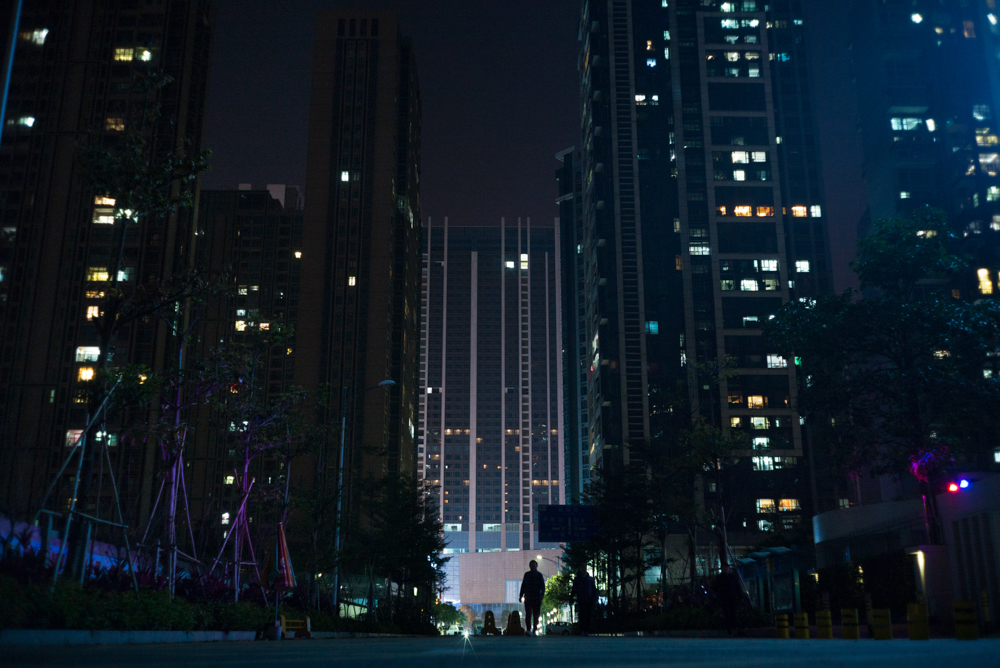 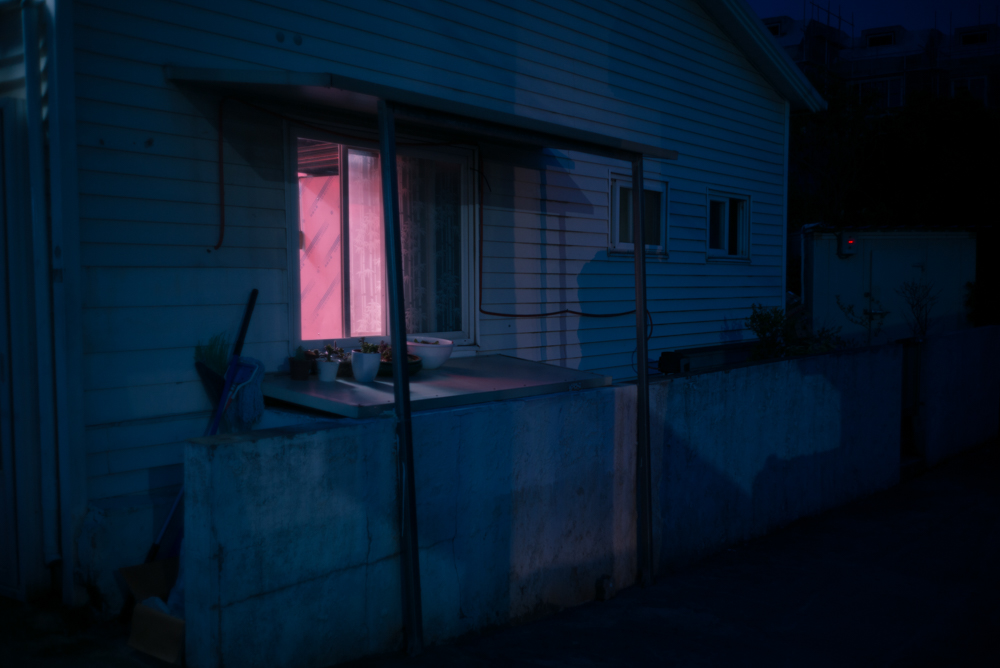 Tell us about your motion blur series.

Originally I came up with the idea for engagement portraits. When I shoot the same thing over and over again for those, then I want to do the complete opposite of that. You end up shooting lots of clear portraits of couples, so I wanted to do messy, and blurry. While in New York, I thought to experiment with this on the street. The very first motion photo I took was of a couple. I saw them from afar, and they were in a bit of a fight. They briskly walked past me and I took their photo. What I love about the result was that even though it is blurry, you can see so much expression of annoyance in her face. It told a lot. Some photos from the series are of couples hugging or kissing, some are on dates all dressed up, some people are alone. I like that the blurriness makes you feel how those people might feel. 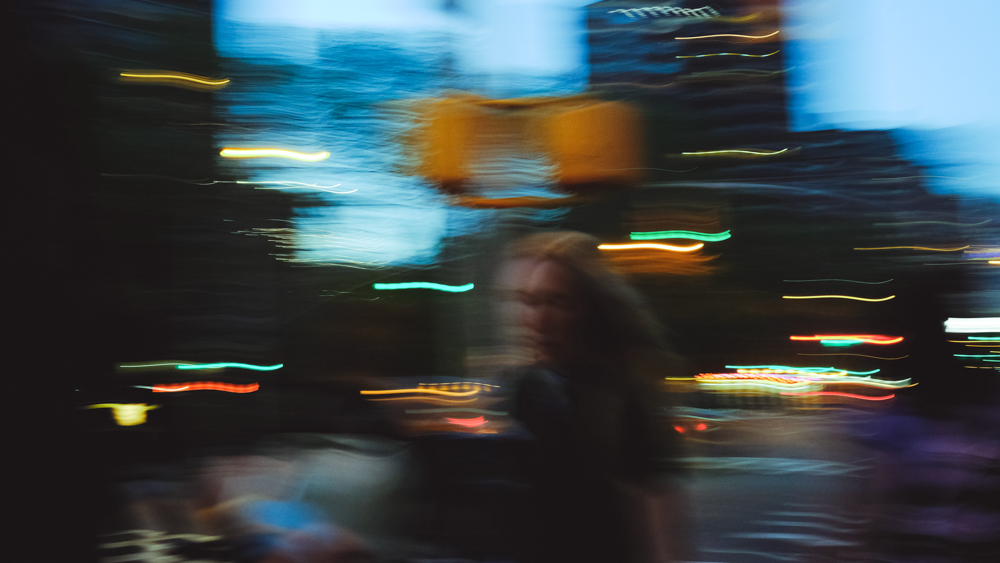 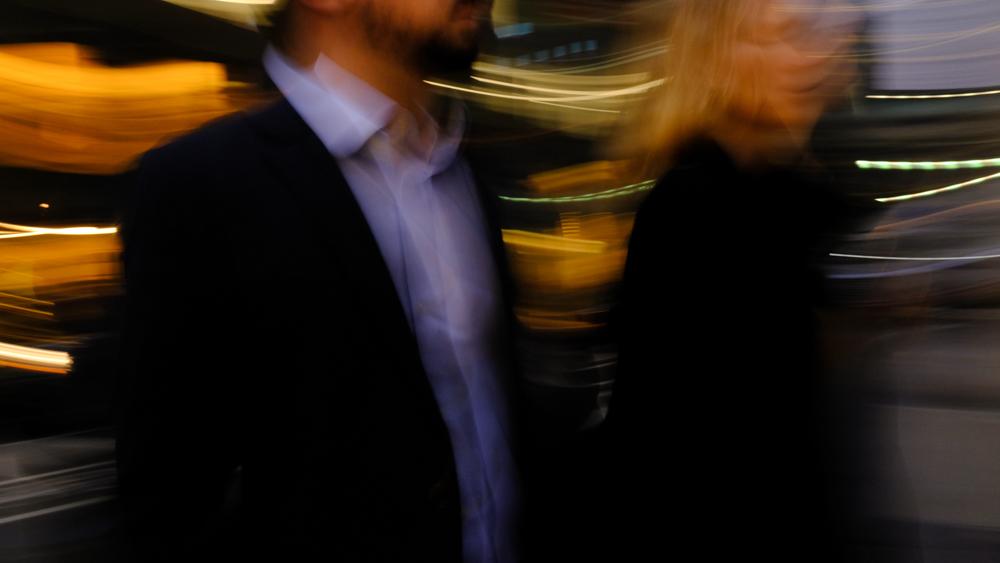 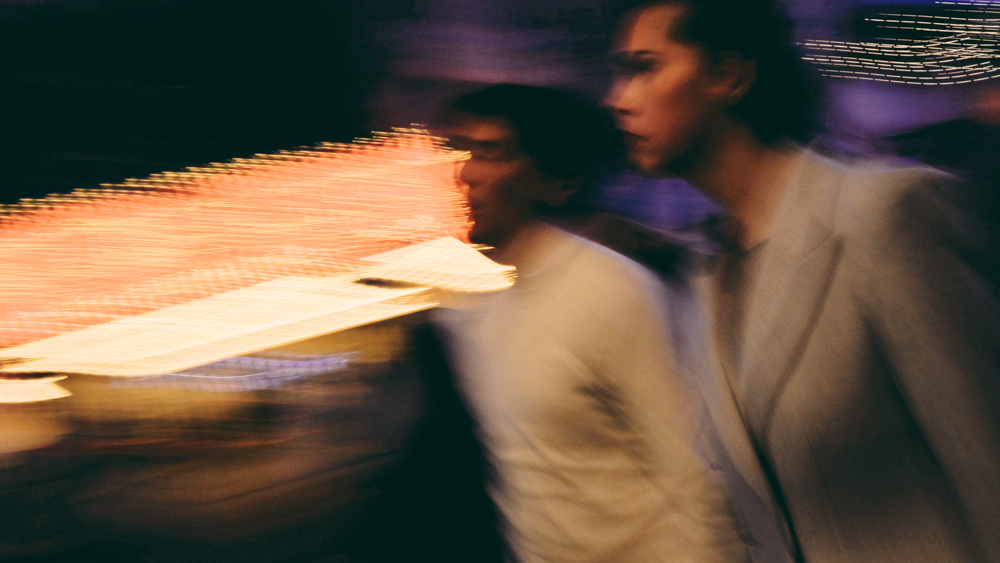 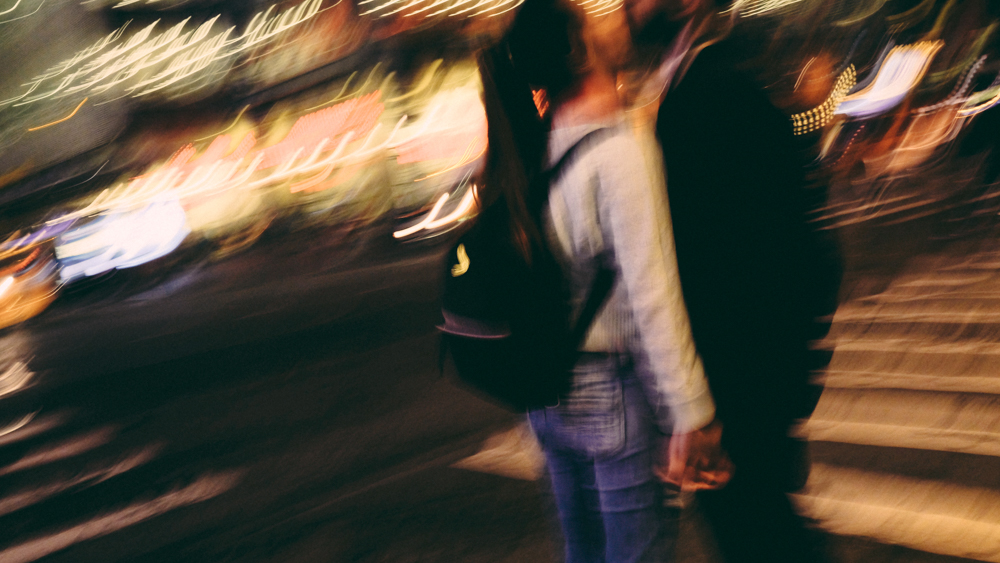 You travel a lot. What kinds of differences do you observe between Toronto and other cities you have visited?

There is a comfortableness in Toronto since I’m familiar with the areas and I revisit the same places often. I’m a timid person naturally, so attracting any sort of attention on the street with a camera in my hand is a little scary. But being familiar with neighborhoods helps ease the feeling of having my camera pointed at a group of people. Photographing downtown is nice too, because it’s easy to hide among the herds of people. That being said, I still have a timidness. One time an old man tried to hit me with his cane — you can’t be sure who’s going to be upset if they see your camera pointed at them. But I do my best to remain unobtrusive. I think that’s why a lot of my street photography is more of vague subjects. Silhouettes, the back of people, etc.

I’ve also photographed a lot of street photography in China and Korea. One of the main differences I noticed was the drastic decrease in people with cameras on the street in the cities I visited in Asia. Downtown Toronto you would often see others with cameras doing street photography, or photo projects for University. I loved feeling like I had a monopoly on some neighbourhoods in Asia, China especially. There are so many untold and unfamiliar scenes that I felt like I had an opportunity to photograph and bring back to share. I often think of a quote I read,  it said to “give yourself your dream assignment.” I always think of this — but especially when we we’re traveling. 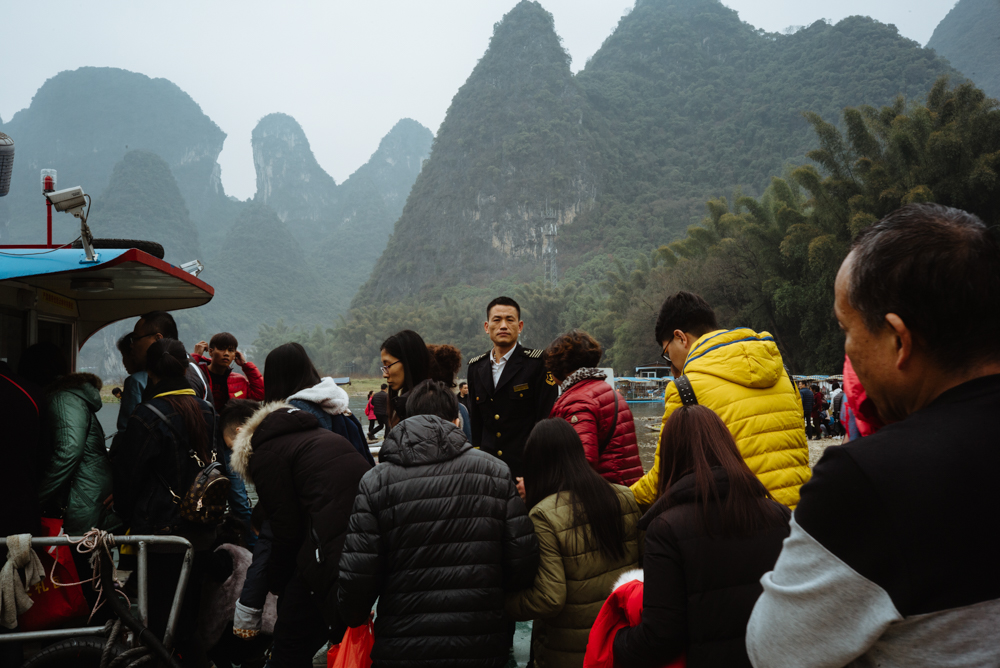 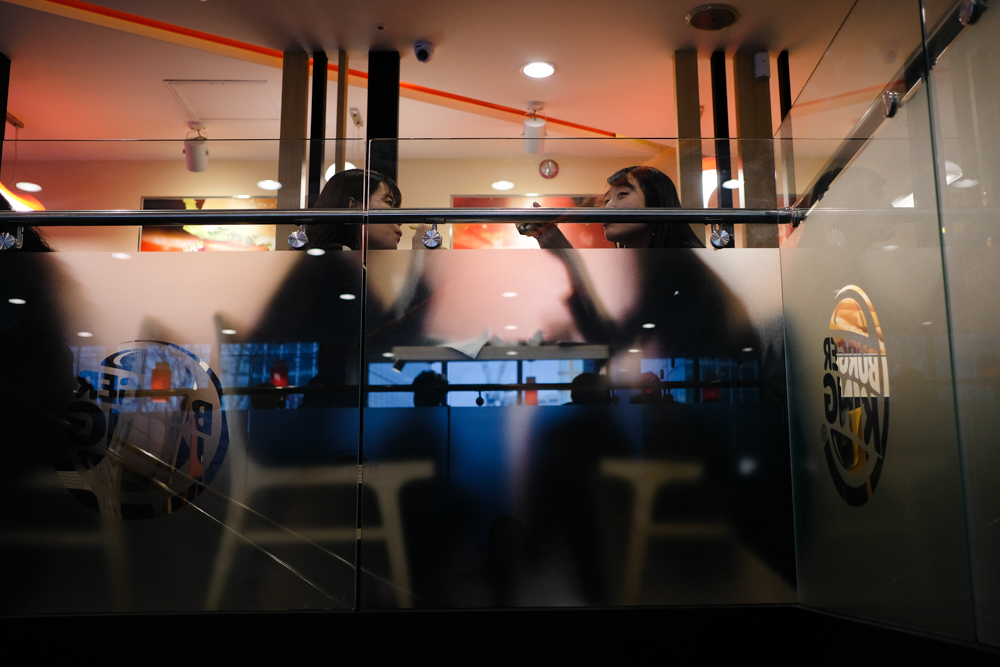 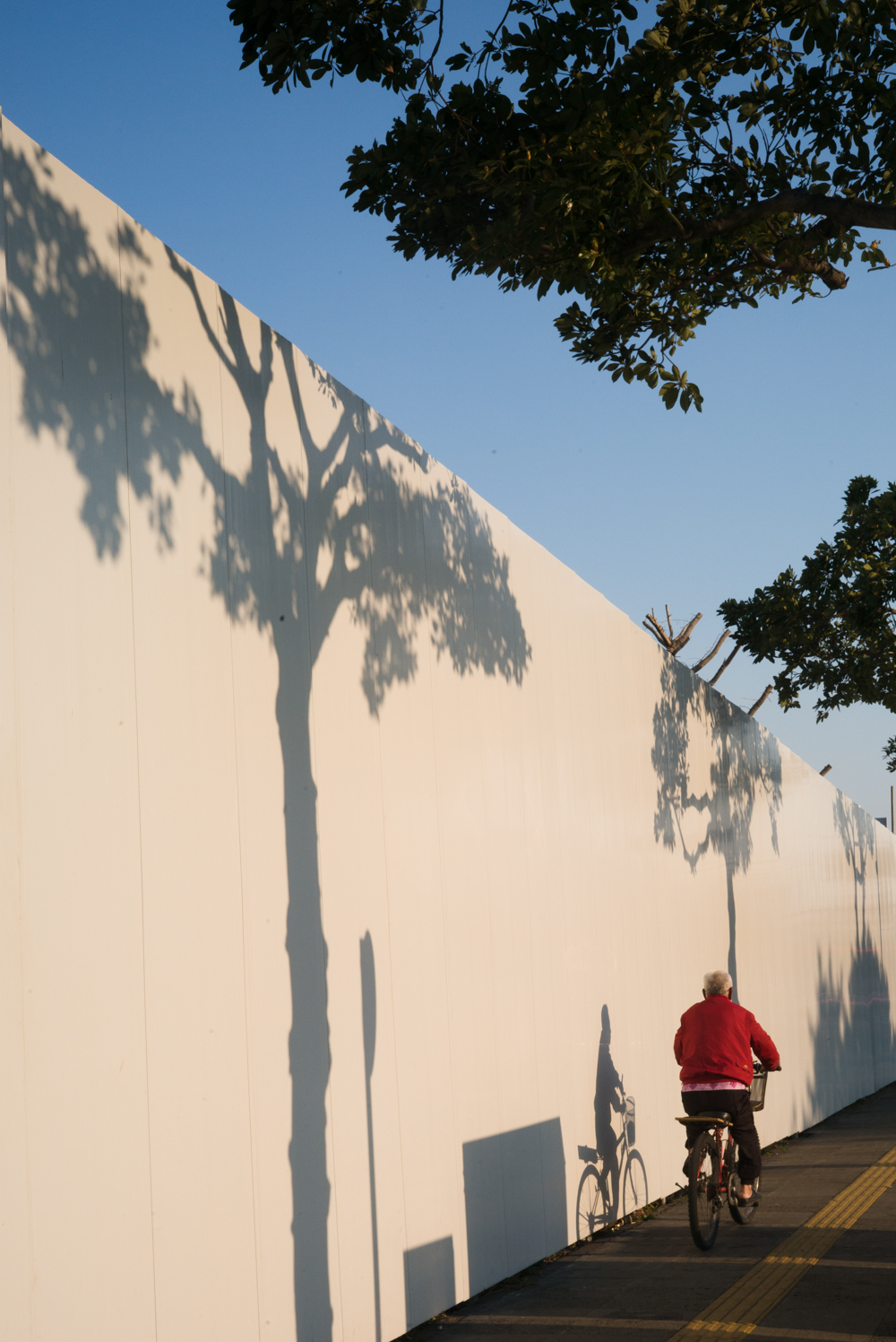 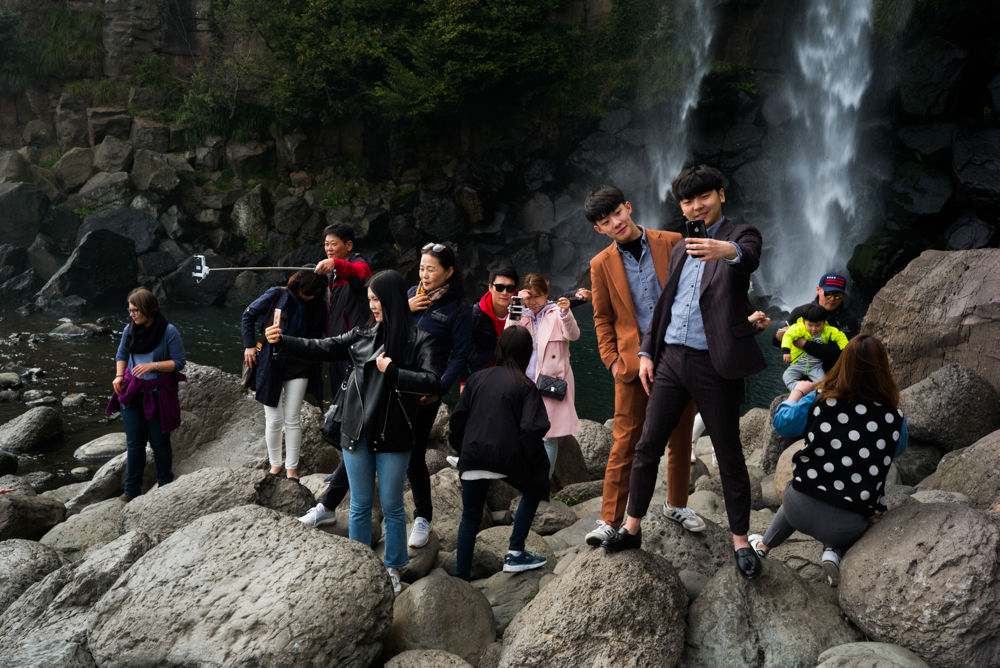 Being a Westerner also gave me an advantage to get in a bit closer than maybe I would back home. I obviously looked like a tourist, and people saw no threat in me photographing them, if they saw me. People were interested in talking to us, since we were in a city where tourists don’t typically go, and this broke the ice a lot. We found ourselves being invited into families’ homes, and having tea with them for hours, and I got to photograph them engaging together. After a while they forgot the camera was there.

You recently started a project exploring wider Ontario, outside of Toronto, what can you tell us about that?

I’ve always been fascinated with older things. Going through my parents’ photo albums as a child, I was so curious about the cars, their clothes, the film and cameras they used, the homes, the buildings. I think there is a craving for older things, and you can see that a lot in many photographers’ work now. People photograph gas stations, old signs, hotels, etc.

Since I recently moved back to my hometown, I’ve had more time to drive around Ontario, and it is filled with small towns that have many untouched buildings, signs, and people who were born in, and have never left that town. Some towns are so small they can be easily missed with the blink of an eye. 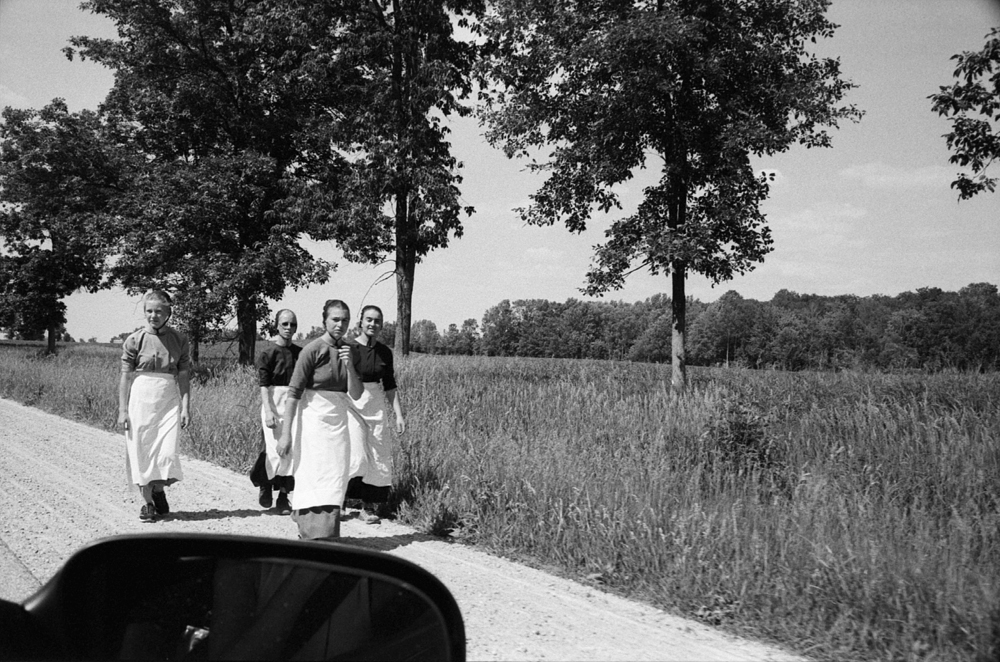 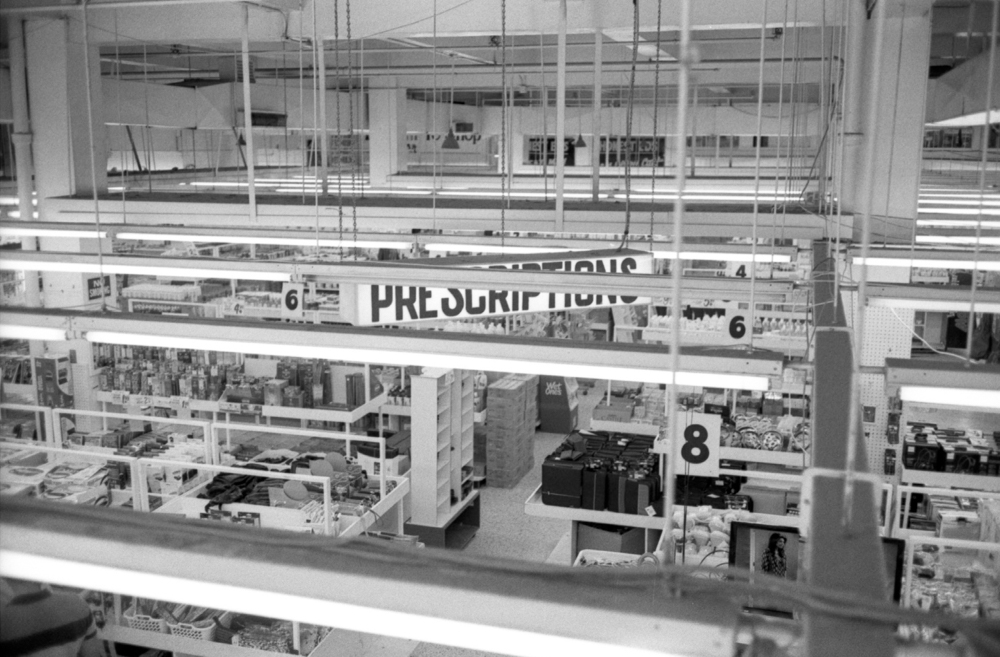 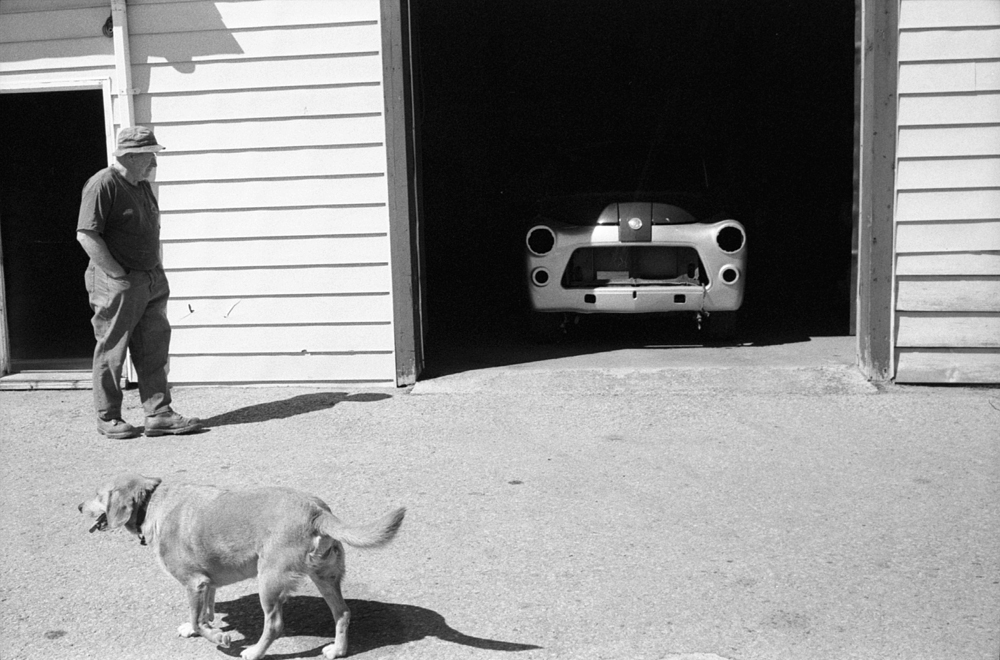 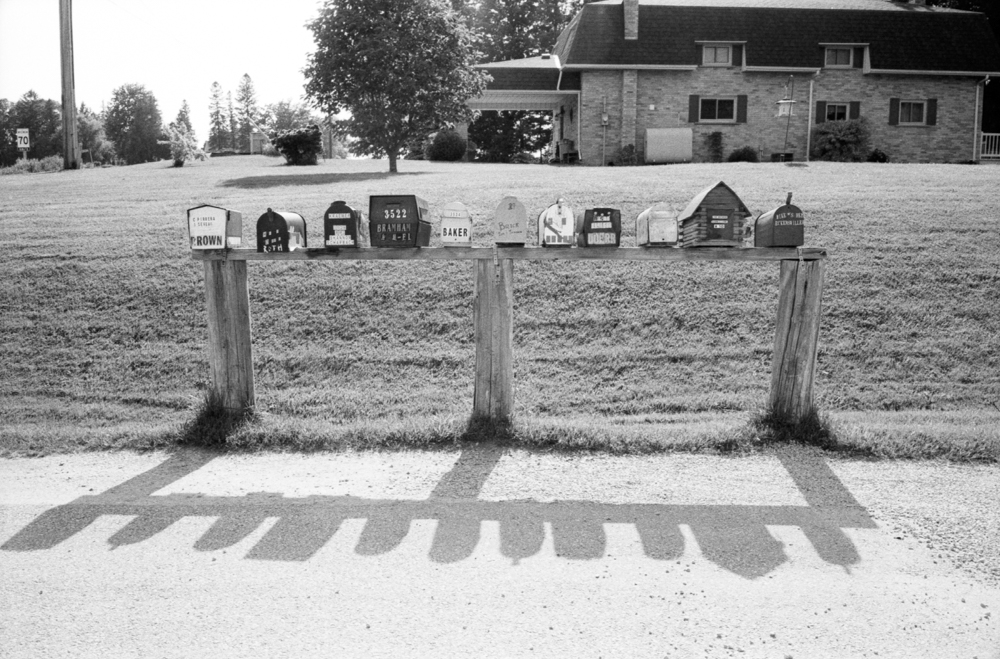 I wanted to photograph and share these towns because I don’t think a lot of people are aware of what we have in Ontario. I find it fascinating. It’s like just a glimpse of times past.

One town that sticks out in my mind is Teeswater.  It was basically one stretch of road, and most of the buildings were up for sale. It was an extremely dead town except for this one shop at the end of the street. It was an antique shop owned by a man and his wife. He told us people drive from hours away to come visit his shop because of the product he has. He told us about the area, and how the town invested in a grocery store and it didn’t pan out so now it just sits abandoned next door.

I’m curious about the people in these towns and their different stories, and I’d like to share them with others.We don’t have to go far to explore. Driving through these towns reminds me of simpler and slower times which I crave. My ultimate goal is to share these photos in a more tangible way.