In this installment of @womeninstreet Stories, we meet Melissa O’Shaughnessy, and take a quick tour as she navigates the streets of Chinatown, NYC. Video by Jennifer Tonetti Spellman. 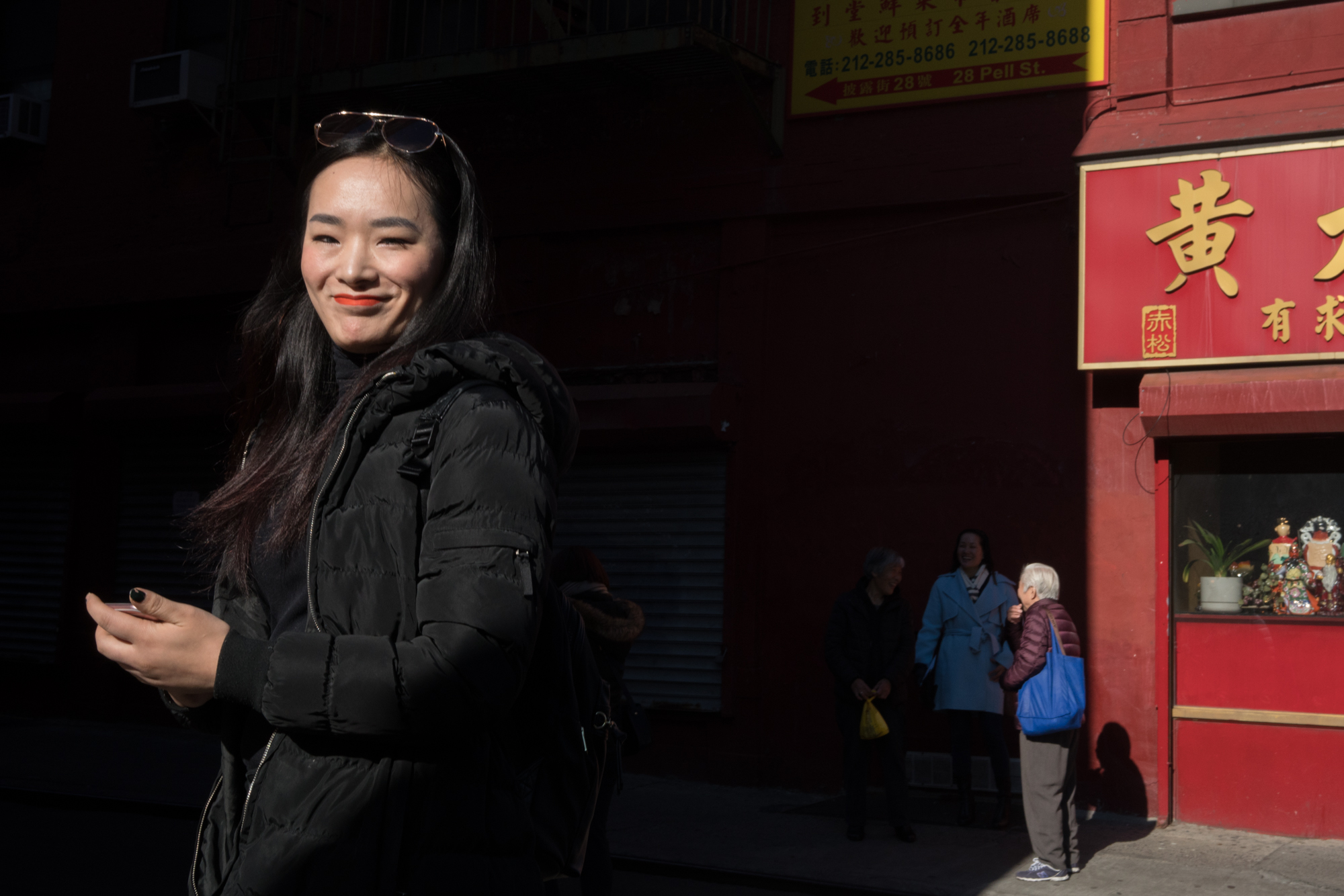 Tell us about your first encounter with street photography.

I can’t pinpoint an exact time when I became interested in street photography, for me it was a gradual process. I had been photographing as a hobby for about 10 years (working in a traditional darkroom with medium format black and white film, and taking a lot of mediocre landscapes, truth be told) when I enrolled in a workshop with Joel Meyerowitz. Something Joel said was probably my “aha” moment, he pointed out that while photography is a broad art form encompassing many genres, street photography — the capture of a candid moment in a fraction of a second — is its purest distillation and that which other mediums cannot replicate. That little seed took root and has grown into the passion I now have for street photography.

I quickly realized that street photography was also extremely difficult to do well, particularly since I am quite an introvert. Last but not least, after having raised my family in the Connecticut suburbs, five years ago my husband and I bought an apartment in New York City where we now spend about half our time. I’m truly lucky to have one of the greatest cities on earth to explore with my camera.

Could you name any women photographers who influence you?

Helen Levitt and Vivian Maier immediately come to mind, because they are both such wonderful humanists — their love of people and the theater of the street is so palpable. I also see a certain gentleness and femininity in many of their images — something I aspire to in my own work.

Women are frighteningly underrepresented in the street genre — I often wonder why. Perhaps it is because women are not as good at tooting their own horns, which is certainly true in my case. Also, for me, when my children were younger, I simply didn’t have the time to go pound the pavement for hours on a Saturday afternoon. It’s worth noting that both Levitt and Maier were childless, and also worth noting that Maier was a full time nanny but still managed to produce the astonishing body of work that she did. Granted, she probably had weekends off.

It’s unfortunate to see so few women members in the numerous street collectives that can be found online, and the relatively rare appearances of women in the wonderful Hardcore Street Photography Flickr pool. Like it or not, street photography is a male dominated genre; perhaps the mostly-male gatekeepers don’t appreciate the type of images women street photographers make. I have also wondered if women are not as attracted to the genre, and how much of a role this could play in the underrepresentation.

The ultimate driving force that keeps you shooting street?

I love people, I love stopping time with the click of a shutter. I love New York City, I love to walk. I have a few go-to corners where I know what time of day the light will be best. One favorite is the corner of 42nd and 5th Avenue, around 5pm in the summer. I’ll often plant myself there for 30 or 40 minutes and let the beautiful chaos of New York City come to me. It’s a generous spot.

I am also drawn to street because I think it’s the most difficult and often most frustrating genre of photography, and I’ve always loved a good challenge.