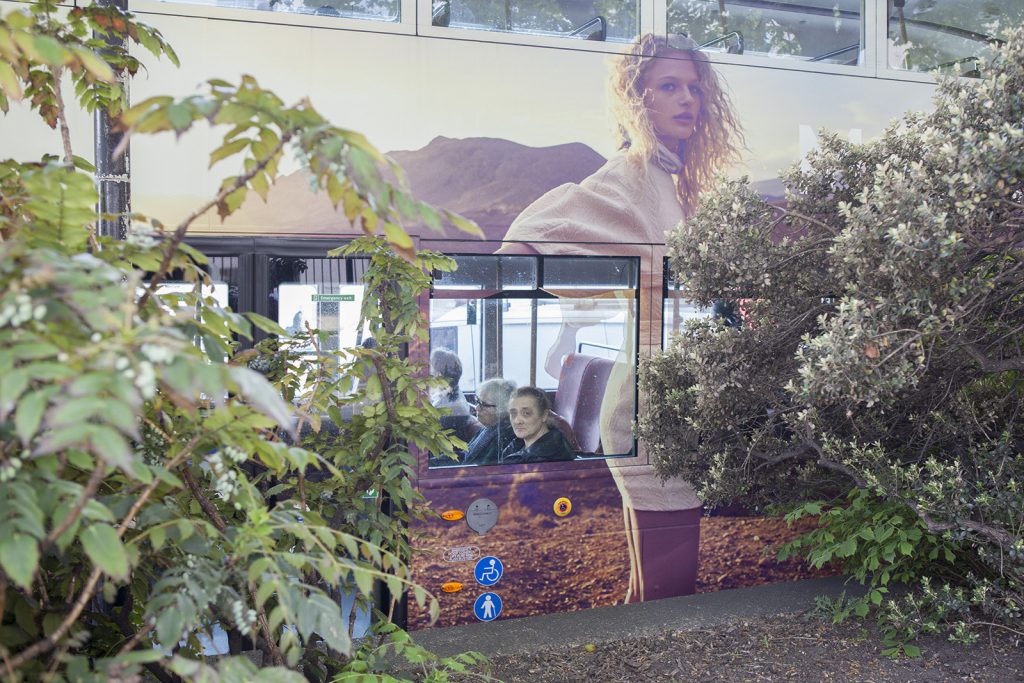 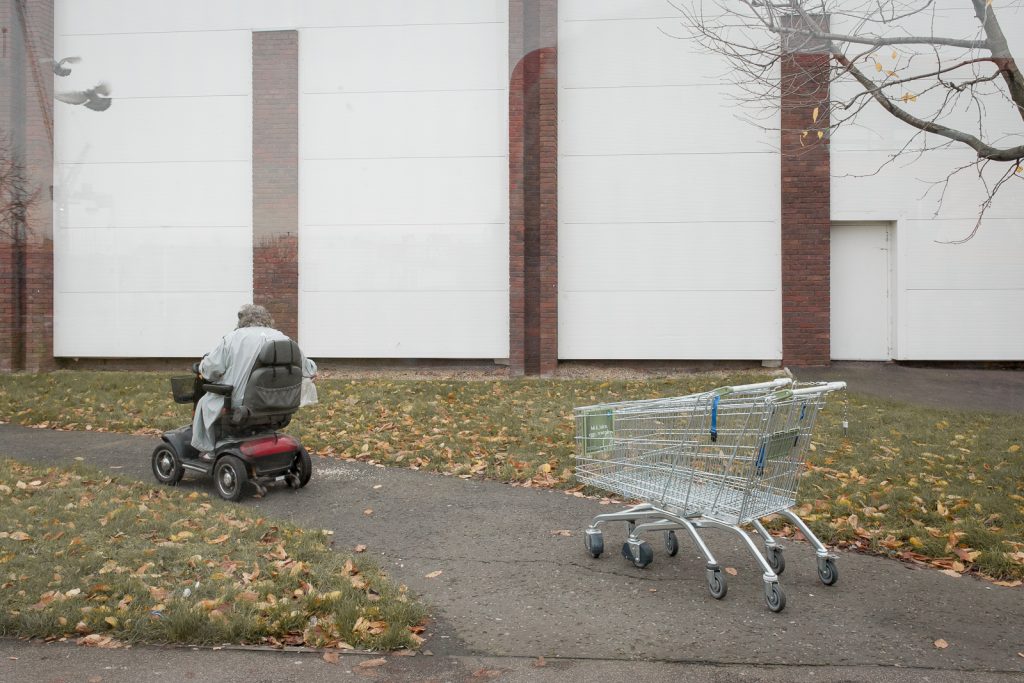 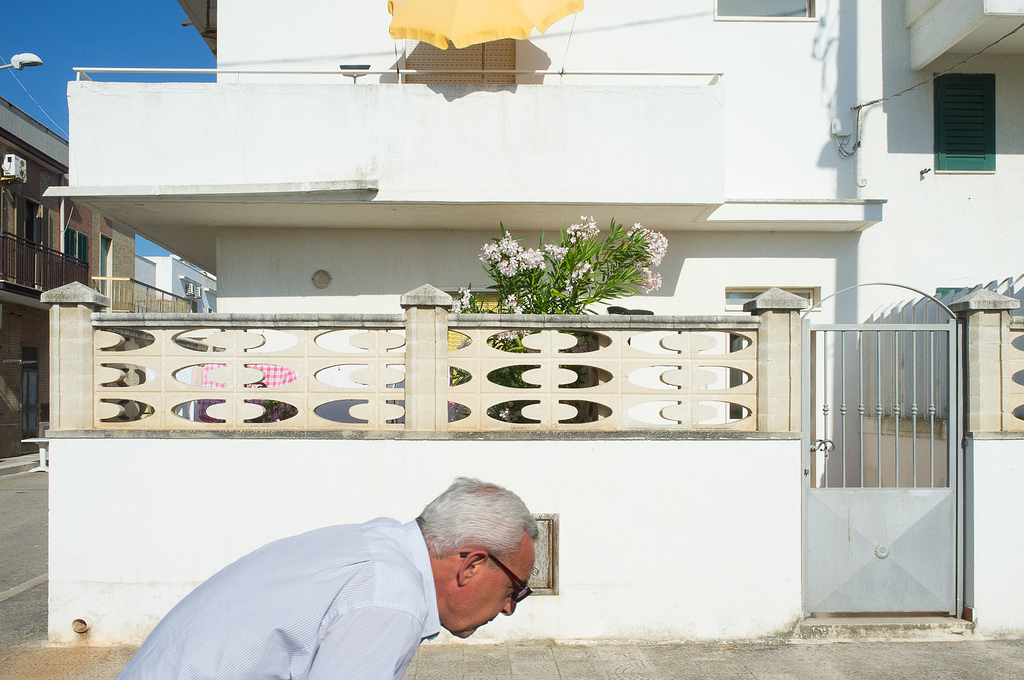 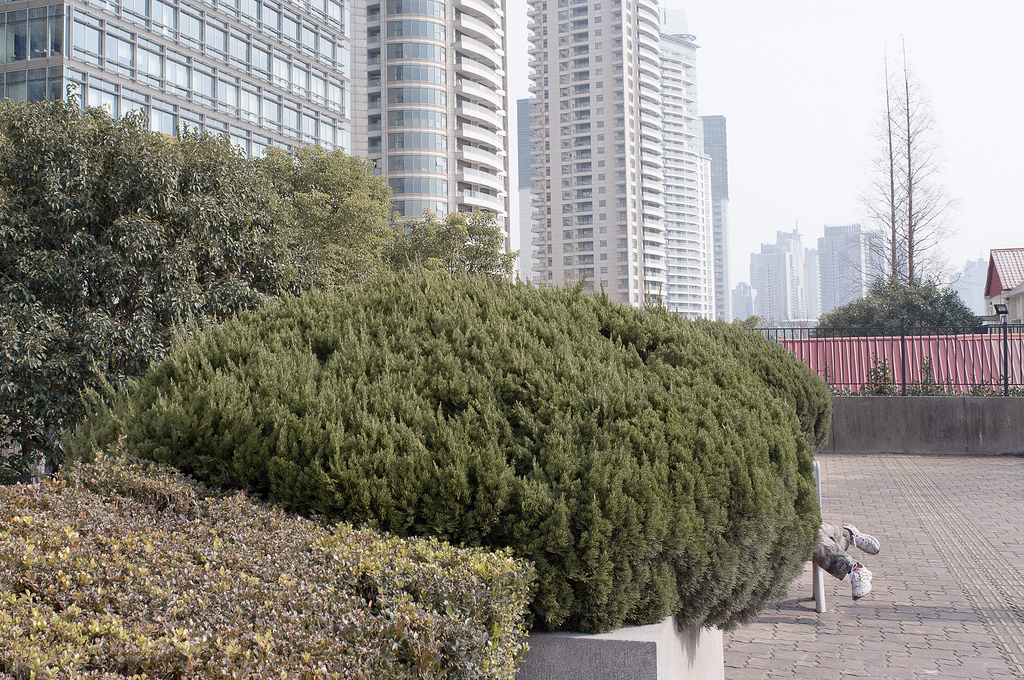 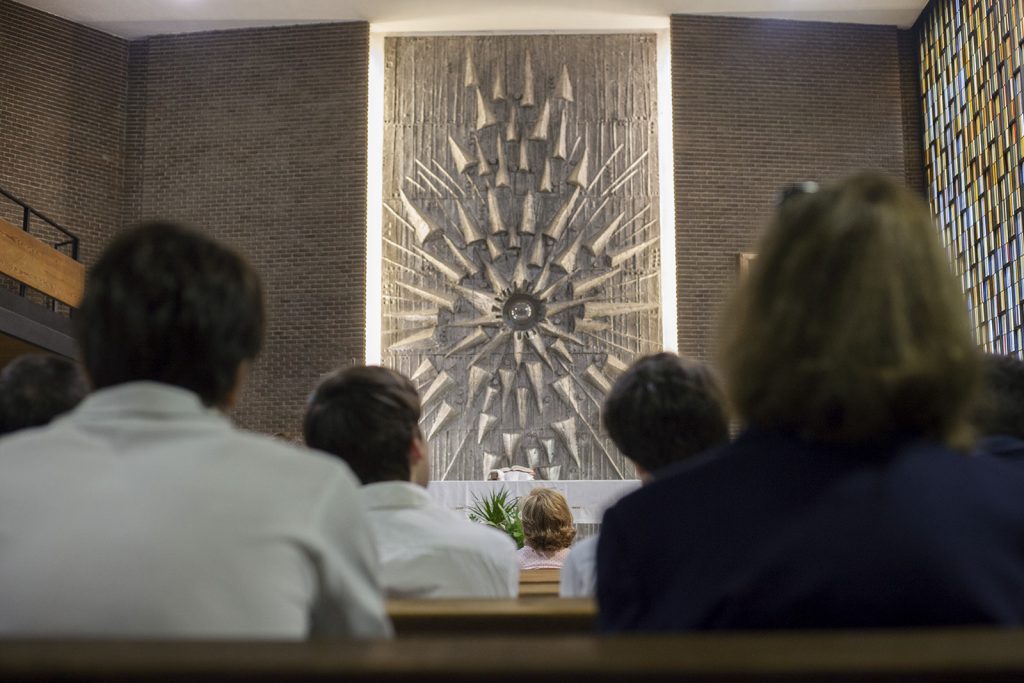 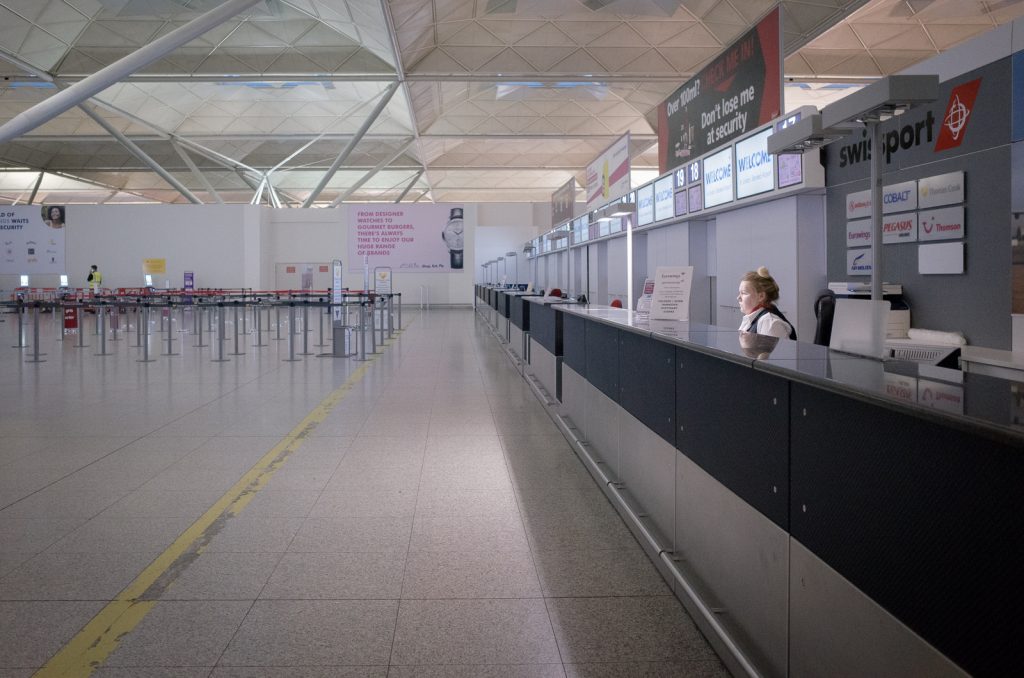 Please tell us some of your background, and how you became involved with photography.

I was born in 1984, in Rome. At the age of 4, I decided I would be a dancer, and I intensively studied and practiced ballet up to 16 years old, the age when I decided to leave the National Academy of Dance and to move my study into an Art School.

After high school, I immediately started to teach decorative art, and I do not remember how, after a couple of years, I ended up at the Roman School of Photography. My father, who has always been passionate about photography, lent me his Canon A1, and so I started. As soon as the photography school ended, I started my first wedding photography service, still with my father’s old camera. Despite the sleepless nights before the event because of anxiety, the work went well, and that’s how I found myself doing wedding photography for a couple years.

In 2010, I realized I had done enough “exercise,” and that it was the time to want more, to travel, and to experience more in photography. The decision to move to London was dictated by the question of learning English. I spent the first months wandering around the city, and I had my camera with me all the time. I had lived all my life in the countryside of Rome, so for me, finding myself living in a big city like London, was quite a big change. I was in a bit of shock, and I used my camera to investigate the madness I was seeing everywhere.

I practiced street photography, I traveled as much as I could, I joined workshops, and I worked as a waitress part-time to be free as much as possible, mentally and physically, to do my photography. I’m now dedicating one hundred percent to photography, working freelance, am back into weddings, plus I organize street photography tours in different cities in Europe. I understand that street photography for me is a way to express myself, by which I can “talk” and communicate my ideas, my fears and my views. This is for me more important than the genre with which I decided to express that, so I want to feel free to move from street photography, to portraits, to a more documentary genre, and don’t feel the pressure of putting myself into a box. 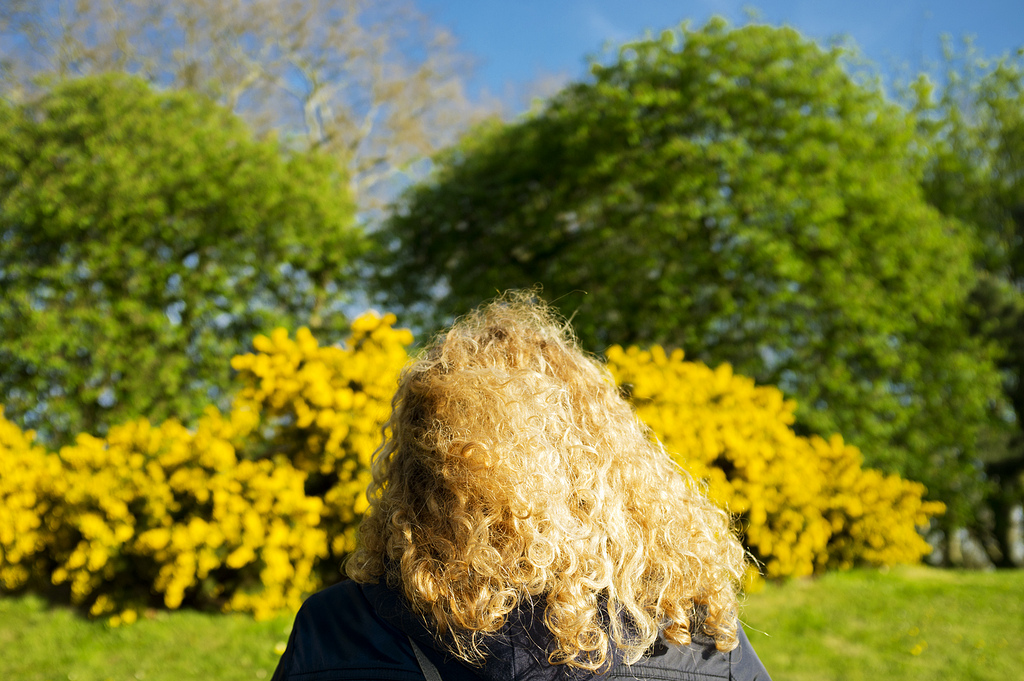 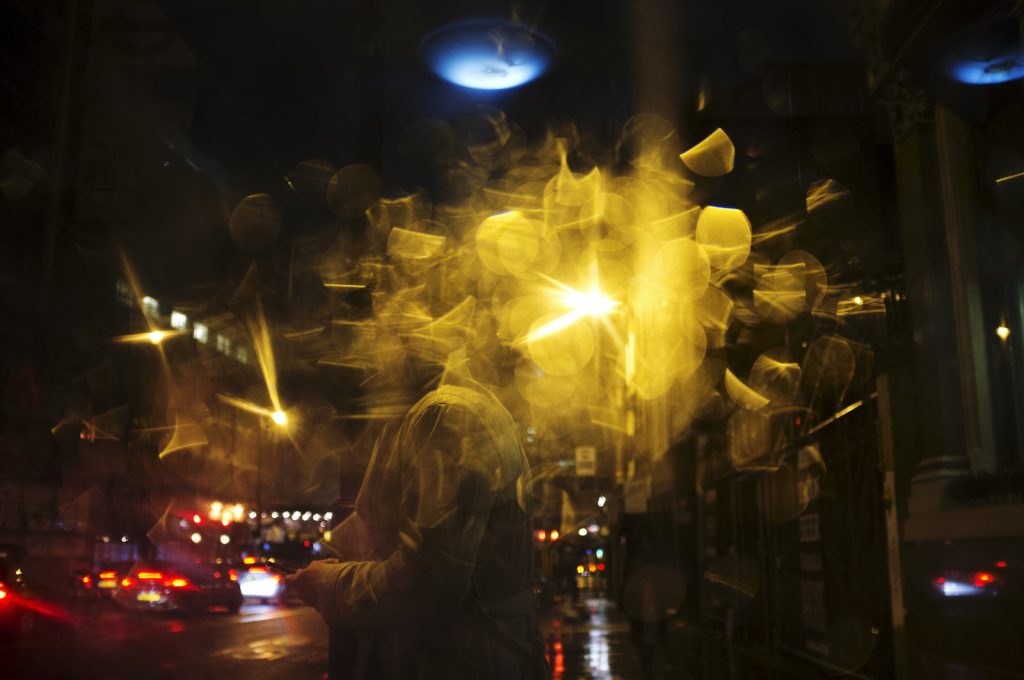 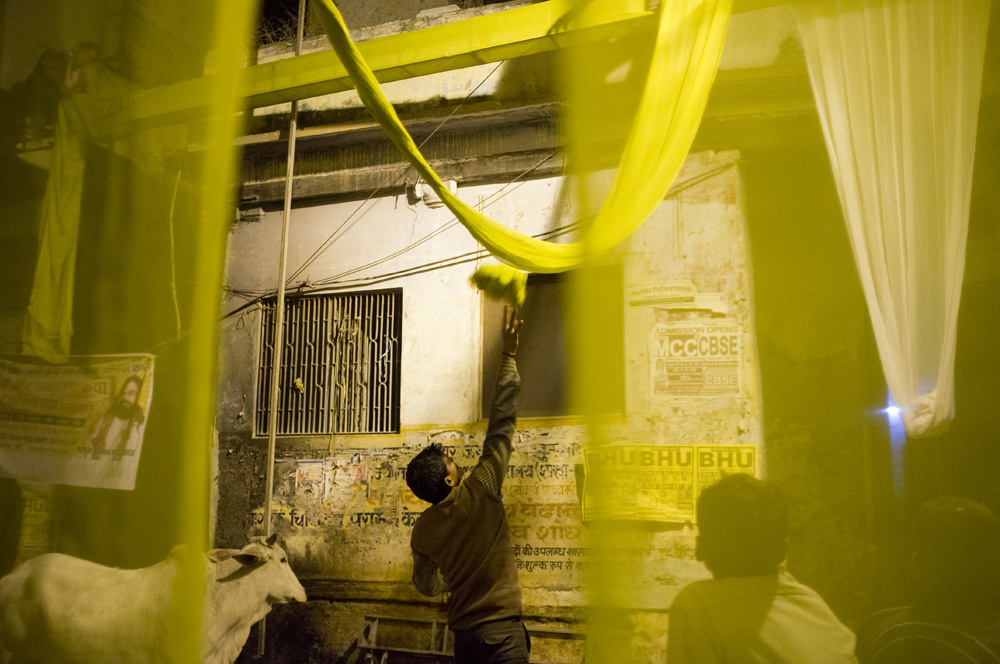 From your experience with street photo tours in different cities, what could you share about the differences in shooting from place to place?

My photography and my approach are very different from city to city. Generally, I don’t take many pictures during my first day, if I don’t know a place. I observe as much as I can, I study the light, the citizens, and the architecture. I create my idea, my first impression of what I’m seeing, and I try to represent it through photography during the rest of the days.

I was recently in Berlin, where I mainly photograph empty spaces and walls of sites under construction, so definitely I’m very influenced by the culture, atmosphere and energy of a place. I like to give to every city my own vision, I would like to value the difference between one and another. Even if I know, mine are just impressions.

When I do the photo street tour, I start the first day with the simplest thing, which is shooting in the city centre. On the second day I bring participants on routes that are more authentic, far away from touristic zones, which I found to be too similar one to another. When I’m in tourist areas,  I feel I’m in a gigantic shopping centre that could be just anywhere.

Of course the more you visit a city, the more you understand it. I know in Rome the citizens are quite suspicious if they notice you, in Milan they don’t seem to care much. In London they don’t even realize it, while in Madrid you probably end up having tapas and beer with someone you just photographed.  Of course, everything is relative, and can change from one neighbourhood to another in the same city, and also from Europe to other countries.

Most important, I believe, is that a lot of it depends on us, on our approach. Wherever I am, I want to have a certain calm, be open and be human while shooting. Before, I used to feel like a hunter of images, and I don’t like this approach anymore. I want to feel that I am a photographer. 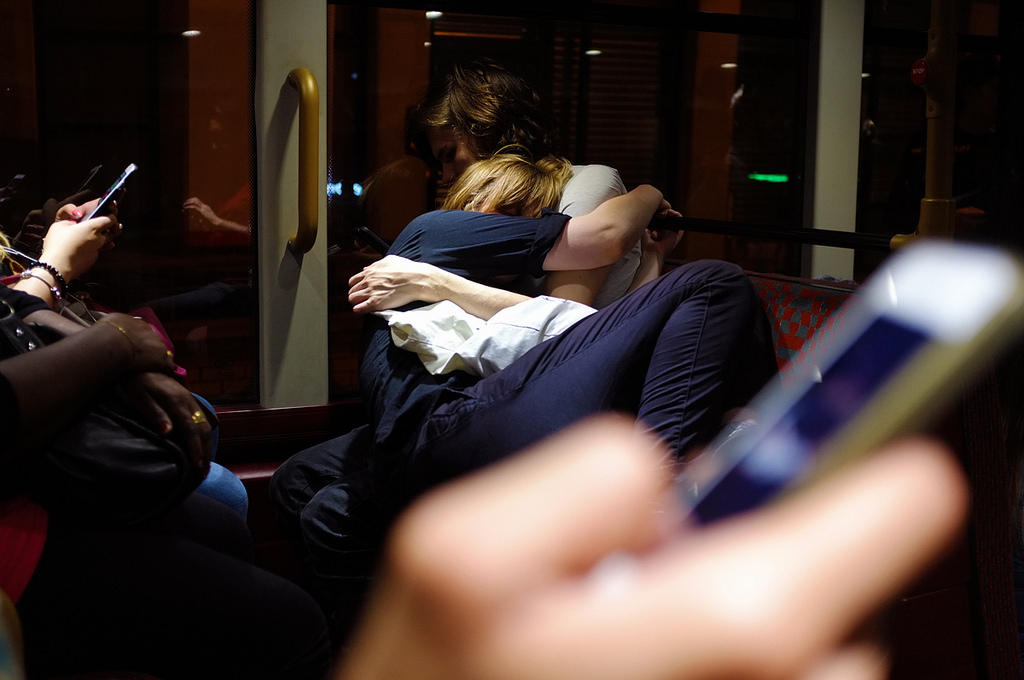 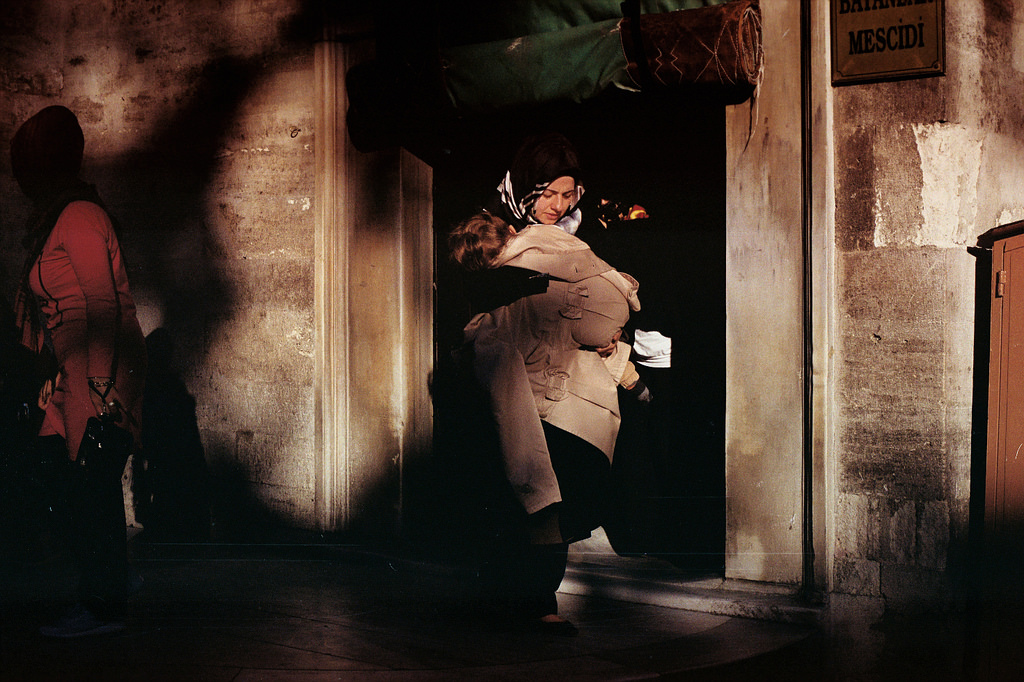 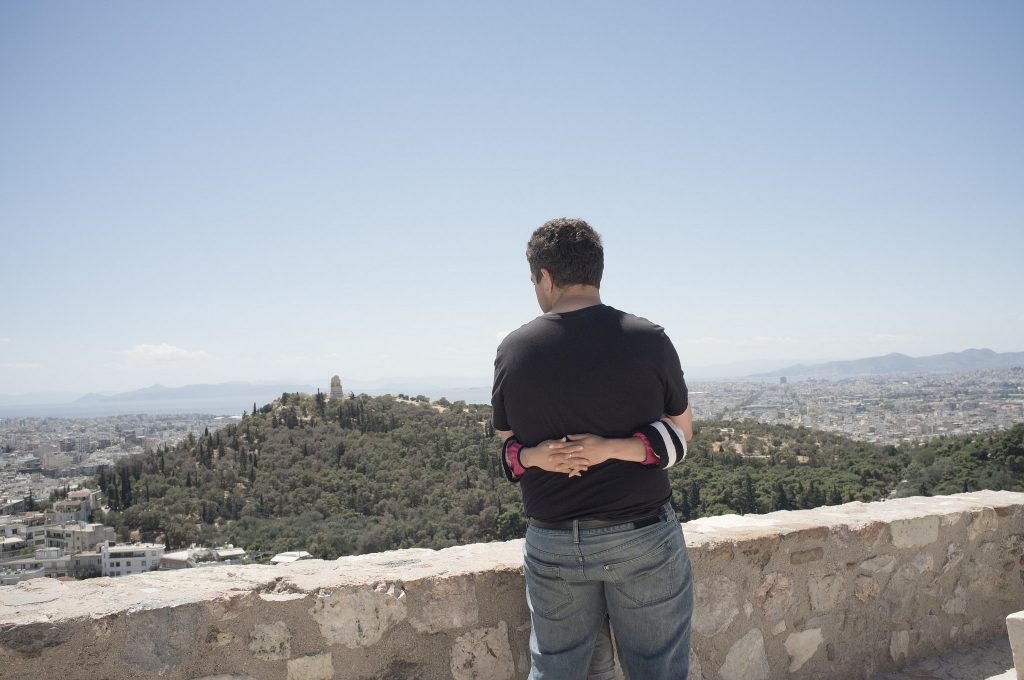 Has doing these tours offered insight into anything about women street photographers?

My tours are really workshops, I call them tours because I want them to have the feeling of freedom and spontaneity, not something stationary, or me standing around all day showing you what I’ve done, but something more active.

I started the workshops a few years ago, after I attended a workshop in Varanasi, India. The main reason I had signed up for it was because I really wanted to travel to India for my photography, and was nervous about going as a woman alone. My experiences while traveling there gave me new confidence, and I had the idea of giving my own workshops before, and now I decided to pursue this.

For my first workshops in Rome, only women signed up, and they are still mostly women. I don’t mind, I actually love it. My dream is to give to women photographers, or just women in general, this freedom that I have found. Many of them are feeling how I was before I went to India, feeling they don’t have enough courage to travel because it’s dangerous, or some are afraid to get close.  Women who are just starting, they are often not very confident and shy, compared with male photographers. We are less aggressive, we are different, of course we are, that’s just normal. I want to be that person who allows and encourages them to travel, or to get close to subjects. I love that when we are together, it’s different, when you are out with only women, it’s completely changed. Sometimes I can see there is one who is more shy than the others, and to this one I say “Come on let’s do it!” And step by step, we reach the subject as closely as we can, and I say “Don’t worry we’re not doing anything wrong, we are just photographing reality.” And they are so empowered and feel great, and finally say “Wow that was so great, let’s do some more!” 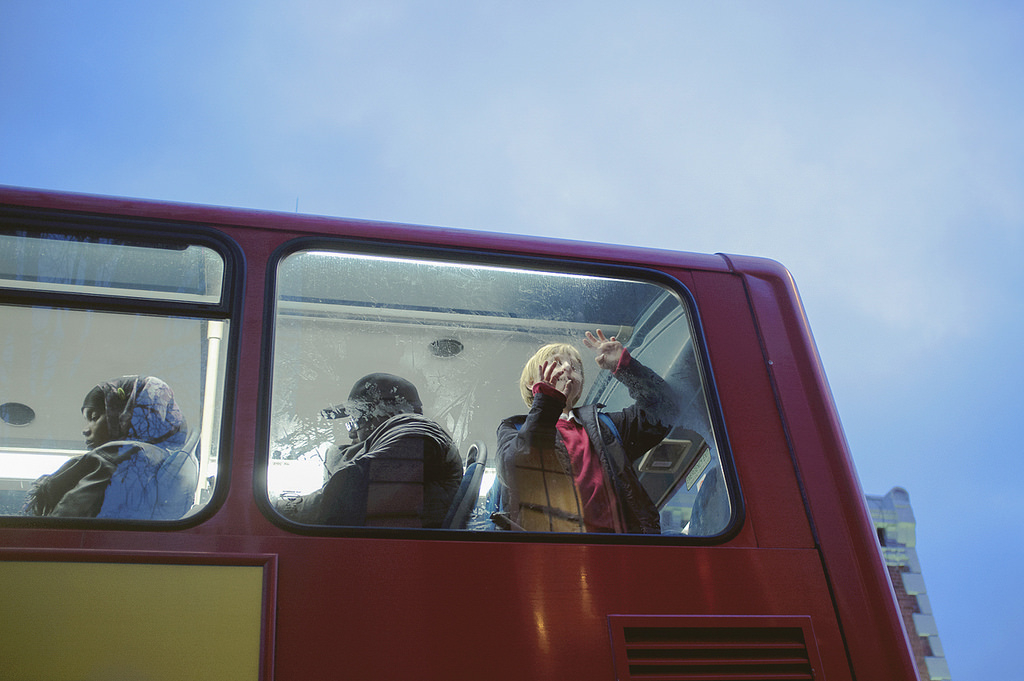 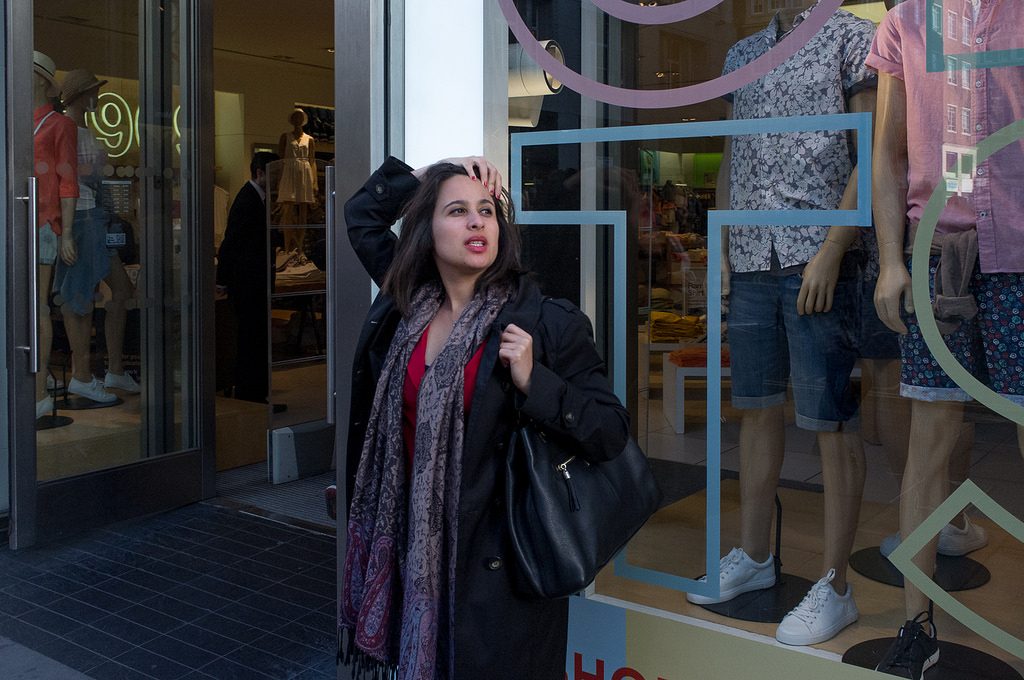 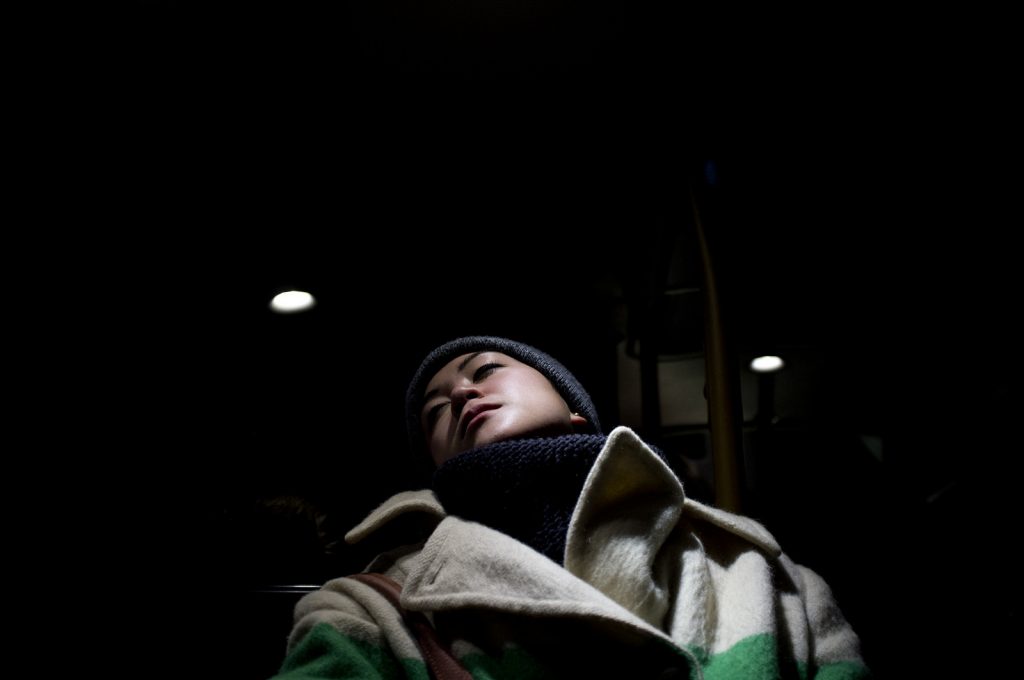 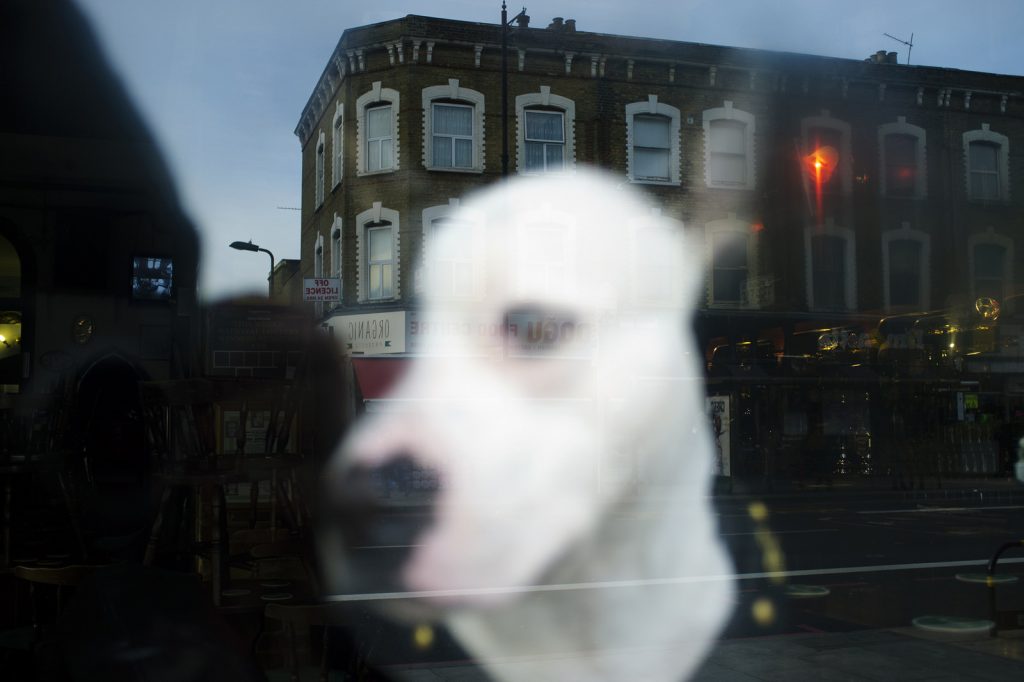 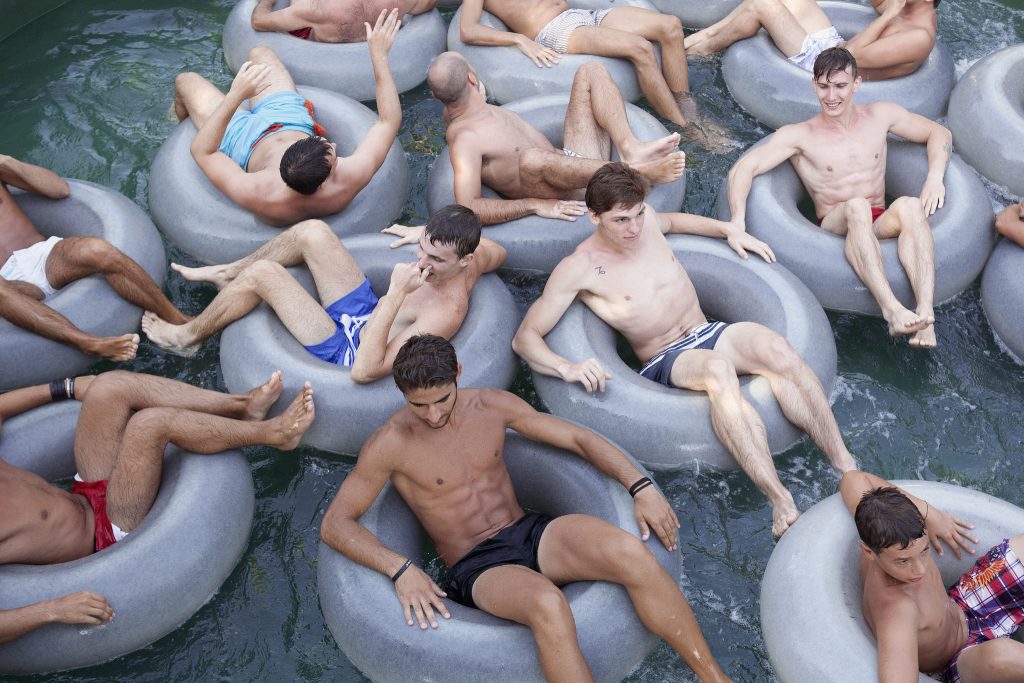