Please tell us a little about yourself. Where are you from, where do you live now? Your background with photography, how and when were you drawn to the street genre?

I grew up in Virginia Beach, a suburban haven as well as a vacation spot. As a kid I was accustomed to transience, watching things come and go: waves, weather, ships and tourists. I pursued interests in Psychology and Art as an undergrad in Washington, D.C. and then moved to New York to be a painter. Following grad work at Yale I spent 15 years in Brooklyn. I’m now living in Los Angeles where I spend most of my time in the studio painting.

Long before I had my own camera, I collected photographs from estate sales and flea markets. These prints are a flashback, someone else’s memory that in turn becomes my own. The found images that attract me depict situations that serendipitously seem to reoccur…like a déjà-vu. For example, a print from the early 1900s of a couple staring into an elaborate water fountain floated around my studio for some time. During a residency at Yaddo in Saratoga Springs, I stumbled across a park with the exact same fountain, a couple standing together peering into it. Like an echo, it was a mirror image of the original print. A sublime thing transpires when the tangible offers a glimpse into the ethereal.

I started taking my own photos as a way to gather source images for paintings. In 2007, while working on a series informed by the history of psychiatry, I drew from many events steeped in 19th century iconography. My art studio was in the middle of a Hasidic neighborhood, a seemingly unchanged community that appears timeless. When I needed silhouettes of figures, I would step outside and photograph the men dressed in black with their formidable hats. When I needed to represent foliage for landscapes, I would take shots of bushes and trees. Naturally, I searched for colors and compositions as I do when making a painting, so over time; the photos began to share a similar resonance.

I’ve spent a lot of time people watching, looking at the world and questioning life. The camera not only seems to make that permissible, it also magnifies moments I might ordinarily miss. “Street photography” is allowing life to happen without interjecting additional content or forms. There is an element of surprise and an unexpected intimacy to shooting what naturally occurs. I’m attracted to an inexplicable symphony of forms, a sort of idiosyncrasy which highlights the fleeting nature of life.

I’ve been living in LA for almost two years. This city has been shot over and over again. Everywhere I look, the land seems to have been thoroughly mined. I’m still in the process of discovering and navigating it’s terrain and finding my own perspective.

When I visited Puerto Vallarta, Mexico last year I stayed in it’s predominantly Spanish-speaking old village. Unable to decipher conversations, an auditory silence occurred that enhanced my visual awareness. I had so much fun. The feeling of being a stranger amplifies a sense of discovery. I’m hoping to visit more foreign cities in the next few years.

Growing up near a beach filled with tourists and sailors there was an atmosphere of men checking out women, sizing up their bodies. I was aware of the male gaze from an early age. It was easy to feel “hunted”. Photography is an art that requires hunting, searching and chasing a visual moment. Culturally, this has been an action reserved for men. When a woman has a camera, it inverts the paradigm. I find men to be surprised when they catch me looking at them. As a woman, it demands a certain level of courage to photograph in public.

I prefer color because it’s a constant exploration in the studio. Digital for me takes the pressure off. I’m able to shoot freely. I have an old Pentax loaded with black and white film but I never seem to remember to bring it with me.

Artists who are both painters and photographers, such as Bonnard and Polke, inspire me. I’m usually drawn to pictures that maintain a cinematic presence with an emphasis on the figure’s relationship to its environment. Larry Sultan, Taryn Simon, Robert Frank, Alec Soth, Luigi Gherri, Winogrand and always Bresson. Stanley Kubrick’s photos, I love. I saw a Joel Meyerowitz retrospective in Paris a few years ago and I was awestruck by the color and movement in his early street shots. The Helen Levitt retrospective at the MFA in Houston last year showcased her black and white film “In the Street.” Mesmerized, I watched it three times. Levitt had an undeniable capacity to capture bizarre and theatrical candid interactions. Another show that has stayed with me revealed Walker Evans’ postcard collection and its similarities in structure and tone to his photos. The Met in New York did a terrific job of highlighting their symbiotic relationship.

I’m finishing new wall sculptures that delve into Masonry and the picturesque narratives of Maypoles for a solo project at Eastern Star Gallery in LA this Fall. I’m also working on large paintings that depict the intersection of trauma and invention through pioneering figures such as Edgar Cayce, Marie Curie and Alexander Graham Bell. Concurrently, I will be expanding my own photo archive and exploring some new pieces that more directly coalesce painting with photography. The morphing of time is an ongoing quandary. A painting can meld thousands of years into a moment while the camera can stretch a split second into a century.

I am from Salzburg, Austria and now live in Vienna, the capitol of Austria. I’ve been concerned with photography for more than 20 years. First, I did portraits and photographs while travelling. With street photography, it’s been about 10 years.

Street photographs are pictures, which are taken outside in the public with the surrounding that is available. The photographer just chooses his/her position and presses the button, to capture a situation, but takes no influence on the setting. By the way, street is not limited to cities, you can also take street photographs on the countryside. It’s all about light, mood and the right moment. For one example, look at the work of Kate Kirkwood

As I live in a big city, there are many interesting locations and events, which is fine for street photographers. Furthermore, Vienna is crowded by tourists with cameras all year round, so a street photographer does not attract attention. I am not an intrusive person, and keep my distance. All of this taken together, here it is mostly easy to take street photographs for me.

I’ve often thought about this, but have come to no conclusion yet.

There have been so many over the years. For example, I really like the work of Joel Meyerowitz, Ernst Haas, Saul Leiter and Jens Olof Lasthein. At the beginning of my street photography, I discovered the in-public collective, whose members still continue to inspire me over the years. I noticed especially the pictures of one of the female in-public members, Narelle Autio, her work is another good example of how to shoot street outside the city. I was also fascinated by the story of Vivian Maier, whose huge body of work was explored posthumously.

I think, street photography can also be highly influenced by painters: Go to the museums and look at the work of Edward Hopper, Georges Seurat, Pieter Bruegel, Edgar Degas…. You will learn so much about light and composition!

No. Just walking and looking forward of what will come around the corner… 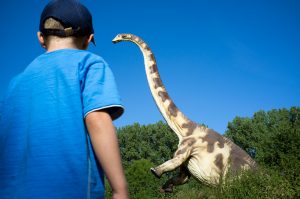 Monthly @womeninstreet gallery, the Beach theme is curated by Francesca Gennari. Submissions taken on a new theme each month in our FB group, each time with selections chosen by a different guest curator.

This series spans the course of 20 years, during which I have walked and portrayed the streets of New York, yet always a part of me still is in my hometown of Padua in Italy. I have called my project Duplicittà (duplicity.) I‘ve had Padua in the back of my mind when I was in New York, and vice-versa, as if one could change a rearview mirror and set it to the other place.

I’ve always lived alone, so I was the only “witness” of myself here or there, and I wanted to express that. As an Italian woman, moving to New York educates you to get used to a new beauty. For a street photographer, the street is already a form of stage, but I also look at real performances — dancers, acrobats, and the religious devotees of Saint Anthony of Padua, who walk through the village each year on June 13th.

In a few pairings, you see Piazza della Frutta with Union Square — the only New York location that, with its Upstate Farmer’s Market, and as a gathering place of many friends, has always reminded me of an Italian piazza. Padua and New York become a polarity of two physical places, but also two states of mind, and two moods.

This way of pairing has no strict rule, but pairs are dictated by the emotion that sparkles when two contexts are put side by side — because of a color, or because of the subject matter, other times it’s just an unmistakeable feeling — and which introduces the pleasure of a deeper form of knowledge, that immediately overwhelms the clarity and the nature of a single shot. The pictures communicate with each other, and there is the mind/eye conversation within the viewer. Each image is a complete story, but also a seed for a new story, a double sided one.

Since I moved to New York in 1997, I tell with words and images what moves me and what makes me move. With this way of seeing and photographing, and because I‘ve been teaching Italian in New York for years, while also writing for Italian magazines, I’ve always kept an ideal bridge of thoughts and feelings with Italy. Probably I miss everything about my country, from food to relationships with people, from book covers to hearing my language on the street. But whatever I might internally miss, I express it and keep it alive in my images. No matter where I am, my way of seeing allows me to find similarities and developing affinities for other things that I have at hand where I happen to be.

This way, the click of the camera works as a constant reminder of mindfulness — “Wherever you go, there you are.”